WASHINGTON, D.C. — Following the recent launch of Unrig Our Economy, a multi-year, national campaign to rewrite the rules of our economy and fight for working Americans, local partners launched multiple campaigns in House districts across the country — including Unrig Our Economy Central Valley, Unrig Our Economy Iowa, and Unrig Our Economy Nebraska. Through grassroots organizing, storytelling, and paid media, these campaigns will  uplift the stories of hardworking district residents and shine a light on where each of their representatives stand — with working people or with corporations and the wealthy who have rigged our economy. Unrig Our Economy Nebraska, focusing on Nebraska’s second House district, launched on Saturday, April 2nd with an in-person press conference at Turner Park in Omaha. Speakers included Kevin Cass, Unrig Our Economy Nebraska’s campaign director, and two local storytellers, who spoke about their struggles to keep up with higher costs and stagnant wages. The launch was covered by local broadcast station KETV and by the Nebraska Examiner. 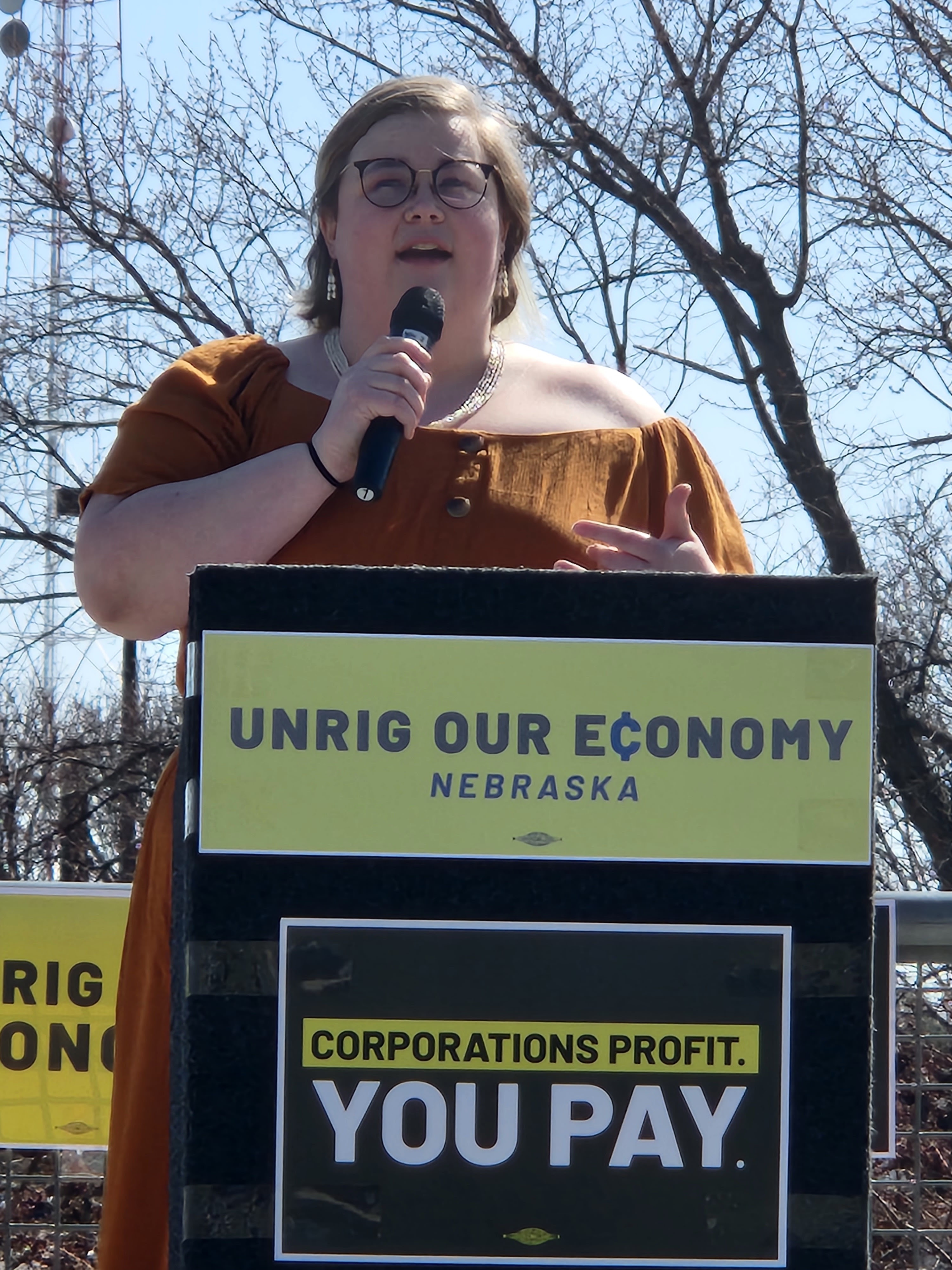 To learn more about the national campaign, visit UnrigOurEconomy.com. To connect with the campaign or get in touch with the local campaigns, contact [email protected].

About Unrig Our Economy
Unrig Our Economy is a multi-year, national campaign to fix the rules of our economy to make it work for working people. We know that when the middle class does well, all of us do well — which is why we’re fighting on behalf of working Americans and holding corporations, their wealthy executives, and the politicians who enable them accountable.